Just last year I became aware of serverless as a real thing:  Running entire architectures without using a single server, and not having to maintain all the aspects of those servers.  Instead, leveraging Cloud offerings to pick up the various functions of running applications in the cloud, spread across a potentially wide array of microservices.  It wasn’t until I watched this video, from Serverless Conference 2017,that I became aware of how much of a game changer serverless technology is and will become.  Spoiler alert:  The gentlemen in this video serves hundreds of thousands of users per year and streams 4TB of content per day with a total serverless compute bill of just $700…still shocking to think about.

In my work environment, there are regulatory restrictions which currently prevent us from moving to serverless (or full cloud, for that matter), so I decided to tinker with it in my spare time.  In fact, it’s where this website came from.  Up until a few days ago, this website was built upon a serverless architecture which look something like this: 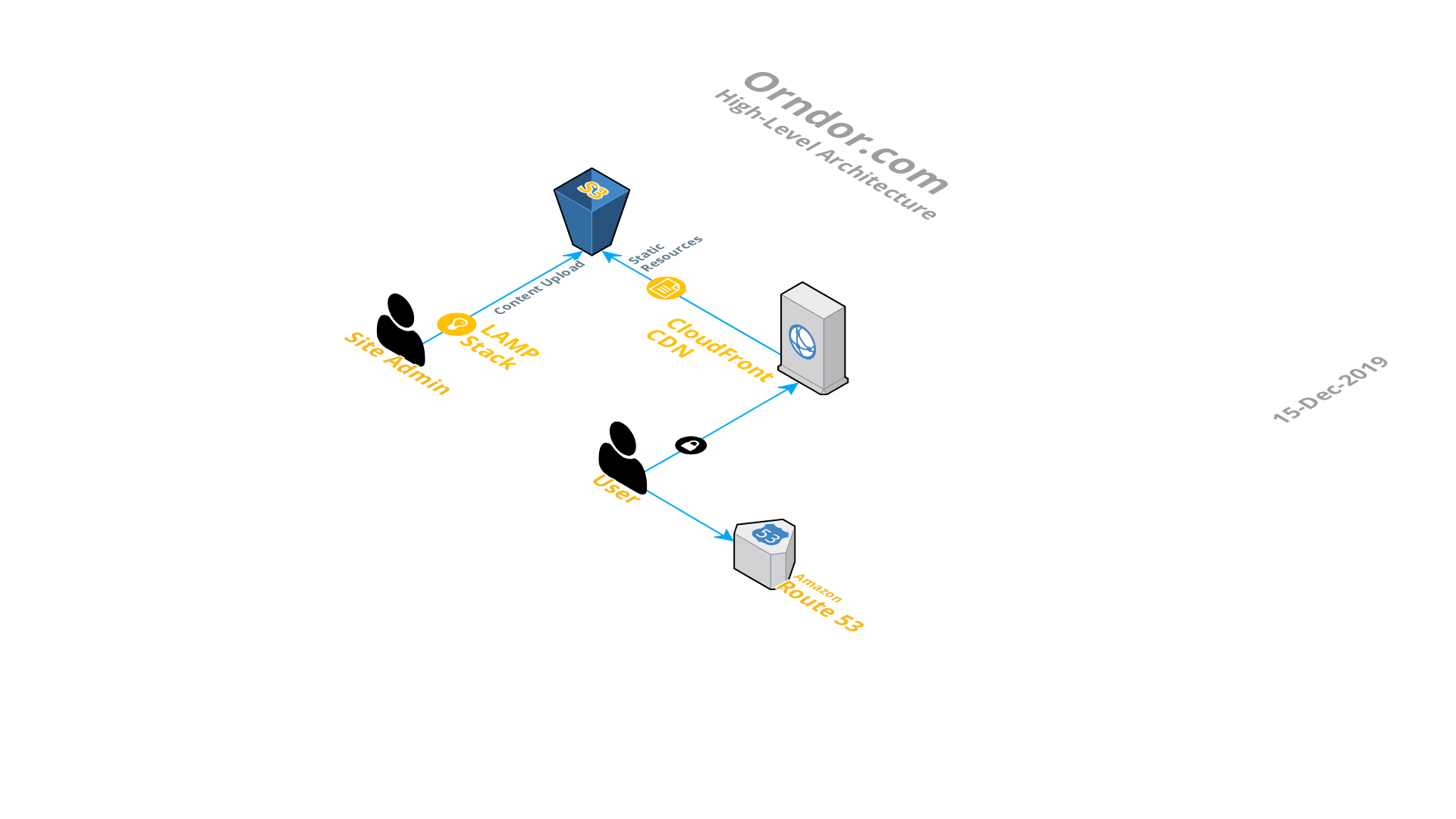 Mostly hosted on AWS, the individual components breakdown as END_OF_DOCUMENT_TOKEN_TO_BE_REPLACED